I'd like to not talk to you about Jesus 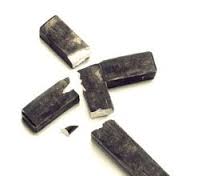 I understand that religion is a strong point with most people, whether they use it as a crutch to make themselves feel better about what might happen when they die or they truly believe in a life after death because they have given their full devotion to a higher power. I am not here to tell someone that their beliefs are wrong or shame someone for the same reason, but I'm stating my opinion that the idea of a higher power is beyond my comprehension. The thought or "story" that we are all taught during Sunday morning mass or whatever you may call it, sounds beyond bogus. I had no recollection of life before me being put on this earth, but I'm supposed to think that there's something after death? No, it's lights out when my hour glass runs out of sand. My family and friends will put me in a box and put me 6 feet in the ground. Sure, it's a sad thought, but that's the thing that makes the most sense to me. I wasn't "blessed" with the limited skills I possess as a human being, I practiced the things I enjoyed to better them. I wasn't "blessed" with a good job, one to help me financially to help support myself and my family, I went out, applied and received it. My wife's womb wasn't "blessed" to have our daughter, we had sexual intercourse...the explanation for that is simple, pay attention in child development in high school. The same process took place to have my son. ALL these things were not of some greater power, but of my own doing. If you wish to argue and say these things happen because of an unknown force, I know exactly what you're referring to and I'm not buying it. If that WERE the case, explain the scenario where I committed suicide? Was THAT an unknown higher power controlling my thoughts and emotions? No, because you're  told that committing things like suicide is a sin and it's ONLY in this case where i am the selfish one. I survived the incident, but here's where its then reversed once again and called a miracle of god...no, I distinctly remember hearing the doctor say i didn't overdose because my body mass was too large. I didn't die because im fat!
Believe what you want, follow what makes you feel good and comfortable with the one life you have been given, but don't screech and bitch at me both because im not on the same page as you. After all, i believe I have had a disagreement with people and my disapproval of homosexuality.
It's all a choice.
Chew on that, world.
Posted by Unknown at 10:00 PM