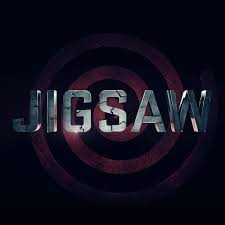 It's Christmas in July, my friends!!! We have been graced with the first trailer for the next installment in the SAW series, properly titled, JIGSAW.  When it comes to modern day horror, this series wins, by far, in my book at least. I love the story and character of John Kramer/ Jigsaw. It has been 6 or 7 years since we had been given Saw: The Final Chapter and let's be honest, true fans know that wasn't going to be the final resting point.
Now, 10 years after the death of Jigsaw, bodies are piling up with evidence pointing directly the man himself, John Kramer.
My initial thoughts about this trailer is full nostalgia. In high school, these movies were my go to thing to look forward to each year. One, it always came out a week before Halloween  and two, my birthday is October 23rd, the fourth movie was actually released on my birthday that year. These were always a birthday gift to myself.
Now, this movie also looks like they are trying to reamp the series and take it in a new direction while also continuing the story from its original material and I find that bit of knowledge fascinating. It's exactly what this series was needing for fans who started dropping off. Nonetheless, I will be first in line for preview night.
Posted by Unknown at 7:19 PM