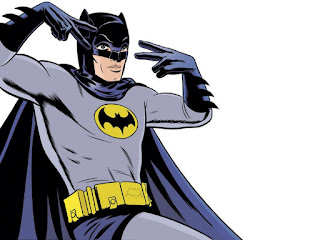 Holy shark repellent, Batman!
Today marks another day for the unfortunate passing of an icon. Today, the talented, gifted and self-proclaimed funny man, Adam West has passed away. Most younger people know Adam as the voice of Family Guy's Quahog Mayor, who plays an off-beat version of himself. Other people, and people, universally know him as the billionaire vigilante Bruce Wayne/Batman. The Man was given the task of bringing the comic book character to life on screen for the first time in the characters history. Of course, HIS version of Batman was very cartoony and campy, but TRUE die hard Batman fans see him as the one and only Bruce Wayne. We can all agree to disagree, however he is a prominent staple in Batman history and will be missed by fans alike. Rest easy.
Posted by Unknown at 8:37 PM